All I Want for Christmas is My Two Front Teeth 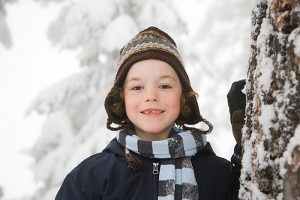 Maybe you’ve heard the song, “All I Want for Christmas is My Two Front Teeth,” but do you have any idea where the little jingle originated?

In a 1944 second grade classroom, Smithtown, New York music teacher David Gardner listened to the Christmas wish lists of his wife’s class; through 6 and 7 year-old toothless grins, the students recanted their Christmas wishes, and when Gardner went home that night, he sat down and in thirty minutes had composed the jingle. The song became a classicat the school’s holiday classic for years to come, and the song finally hit charts after a recording artist published it in 1949. Gardner went on to become a composer for music textbooks, and his “All I Want for Christmas is My Two Front Teeth,” paid him royalties until he died in 2004 at the age of 91.

So why, you may ask, did the “Two Front Teeth” jingle become such a hit in the hearts of millions? Most people have childhood photos of big, toothless grins, as the natural occurrence of losing “baby” teeth happens to everyone. Around age 6, the bottom two teeth, and shortly after the top two teeth, fall out to make room for permanent teeth to fill in. The song became a classic as it filled the hearts of parents and children alike who really were wishing for their front teeth in the holiday to come.